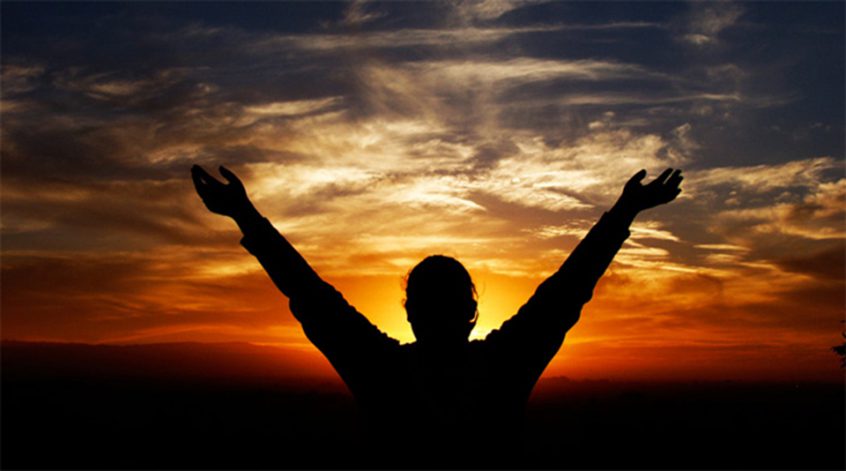 How to acquire an inside evidence of my salvation

How in my heart I promote the assurance of salvation either by the second coming of Christ to judge or reward or by my death, when my life comes to an end down here on earth?

Heres quite a difficult question but extremely important therefore my answer will come gradually throughout this booklet.

First of all let me reveal some important points for you to read while meditating upon as I consider them the key to understand the content of that booklet.
1- Jesus said to Zacchaeus the tax collector:
Today salvation has come to this house. (Luke19: 9)
2- Jesus also said to the criminal who was led out with him to be executed: Today you will be with me in paradis.? (Luke23: 43)

3- The Apostle Paul has said: I know whom I have believed and am convinced that he is able to guard what I have entrusted to him for that day. (2Timothy1: 12) and also He who began a good work in you will carry it on to completion until the day of Christ Jesus. (Philippians 1:6)

4- The Apostle John also has said: Dear friends, now we are children of God, and what we will be has nor yet been made known. But we know that when he appears we shall be like him, for we shall see him as he is. (1John 3:2)

We also read in (Romans8: 17) Now if we are children, we are also heirs: on the one hand, heirs of God, on the other hand, fellow heirs with Christ.

Now, can we see from all these previous scriptures what would fill our heart with assurance and inner peace instead of a tortured conscience and guilt feelings?

Lets proceed now in explaining that subject: How to be sure that I am saved.

How To Be Sure That I am Saved, The Evidence Of Salvation?

God is commanding us to be witnesses of the works of his grace You are my witnesses, declares the Lord (Isaiah 43:10) We have to be witnesses of God work in our life. No one can be a living witness for Jesus the healer unless he did acquire a healing miracle in his life and consequently no one can witness to others about Jesus salvation unless he did acquire inwardly the grace of salvation in full assurance.

Salvation comes by grace, its a gift from God, we read in the Scriptures: For it is by grace you have been saved, through faith, and this not from yourselves it is the gift of God. (Ephisians2:8)

Now we may ask an important question: Could a person be saved instantly at a glance during his lifetime on earth?

Now, lets meditate on one of the famous stories of the Bible in order to answer that question: Its about the encounter of the Lord Jesus Christ with Zacchaeus the tax collector who has spent his whole life collecting money and oppressing others. One day, he wanted to see who Jesus was, but being a short man he could not because of the crowd. So he ran ahead and climbed a Sycamore- fig tree to see him, since Jesus was coming that way. Jesus saw him and said to him: Zacchaeus come down immediately I must stay at your house today, so he came down at once and welcomed him gladly and came up with all his possessions and told him:

Lord, I give half of my possessions to the poor and If I have cheated anybody out of anything, I will pay back four times the amount. So Jesus told him the good news. Today, salvation has come to this house. (Luke19: 8-9)

The Lord Jesus is actually revealing out of this story the following truth:

It is possible for a person to acquire instantly the grace of salvation but there should be signs to confirm it. In the story of Zacchaeus for example two things have changed on the spot:

First: The love of money has vanished to be replaced by the love of the poor.

Second: oppression of others has stopped from his heart as he wanted to pay back those whom he has cheated four times the amount without being told to do so.

Now the second important question that needs to be clarified is:

How could a person be sure of his salvation?

One more time lets meditate in another story from the scriptures:
Its the story of the apostle Paul and his encounter with the Lord Jesus Christ, as we all know that his name was Saul of Tarsus, and his life has changed completely so has his heart, and instead of persecuting Christ and Christians he started by loving Christ, preaching the gospels and enduring all kind of persecution for Christ name till the extent of death, thats how Christ changes lives and thats what the Scriptures call: The acquirement of the grace of salvation. Shortly after that encounter we see the apostle Paul declaring with full assurance: For I know whom I have believed and am convinced that he is able to guard what I have entrusted to him for that day. (2 Timothy1: 12)

The apostle John also was full of assurance and evidence about his own salvation and the salvation of whom he was writing to his first epistle, he says: How great is the love the Father has lavished on us, that we should be called children of God. And that is what we are. The reason the world does not know us is that it did not know him. Dear friends, now we are children of God, and what we will be have not yet been made known. But we know that when he appears we shall be like him for we shall see him as he is. (1John3: 1-3)

Notice that the apostle John here is including himself with the other believers, he also talk with assurance and evidence, that we should be called children of God. now we are children of God, We know that when he appears we shall be like him for we shall see him as he is.

But the best words of all are the words of our Lord Jesus that bring us peace, security and assurance, he says:

On what base is God salvation accomplished?

First: According to God grace and your personal faith.
The jailer of Philippi asked Paul and Silas: What must I do to be saved? So they replied: Believe in the Lord Jesus and you will be saved, you and your household. (Acts16: 25-31)

The answer here is obviously resumed in one word: Believe in the Lord Jesus and you will be saved. The Scripture also says in (Romans10: 9-10) That if you confess with your mouth Jesus is Lord and believe in your heart that God raise him from the dead you will be saved. For it is with your heart that you believe and are justified (to do good works) and it is with your mouth that you confess and are saved (Saved from the authority of sins and judgment).

We read also the apostle Paul saying: For it is by grace you have been saved, through faith and this not from yourselves, it is the gift of God (free gift), not by works, so that no one can boast. For we are God workmanship, created in Christ Jesus to do good works which God prepared in advance for us to do. (Eph2: 8-10)

Second: According to the cancellation of the death sentence that was against us by Jesus.
When you were dead in your sins and in the uncircumcision of your sinful nature, God made you alive with Christ. He forgave us all our sins, having canceled the written code with its regulations, that was against us and that stood opposed to us, he took it away nailing it to the cross. (Colossians2: 13-15)